The blue scorpion pricks the cancer

Vidatox and the cancer cells

“Vidatox improves the quality of life of the cancer patients” 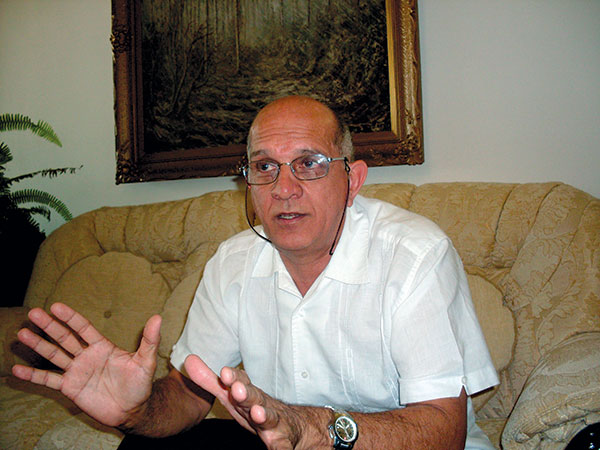 We are not the only ones who work with scorpions. Our colleagues in China and the U.S.A also do this but they use two other different species. The scorpion, which has been studied by the Chinese, has lots of powerful features that impact the cancer, but still needs long-term studies. The Americans, however, have focused on species that live in Israel and which venom is effective against tumours located specifically in the brain.

In contrast, the venom of our Rhopalurus Junceus finds the cancer itself, wherever it has appeared in the body, and attacks it directly without affecting the intact cells. Furthermore, the venom has strong analgesic and anti-inflammatory effect. It even allows the patients in advanced stage to improve their quality of life and to give up the morphine. It is no accident that Vidatox has been successfully applied in 17 countries of America, Asia and Africa. Now it enters Europe through Bulgaria.

In terms of VIDATOX PLUS we made some modifications and preserved its effectiveness. The blue scorpion venom remains the active pharmaceutical ingredient. It is squeezed in drops of its tail through electrical impulse. This method may be applied only to the species Rhopalurus Junceus. Well, this is wonderful venom! … We collect the scorpions in laboratory centres established in every Cuban province. We mark those, whom we have taken drops from, and put them back into the wild. This is a project, which is environmentally friendly.

The product is easy to produce and is environmentally friendly. It has no harmful side effects and always helps the patient. We refrain from saying that it may cure the cancer and therefore we recommend you to use the product as an adjunct to the main treatment. However, we have achieved very good results from the research lasting more than 15 years, which prove that in many cases Vidatox inhibits the growth of the tumour. In 75% of patients it has a positive effect.

In fact, the cancer is born with us. Its development depends on the external factors. The early diagnosis is very important, since it allows timely measures to be taken. We aim to turn this disease into a chronic and controllable one by using preparations like Vidatox Plus.

There is evidence even from the time of Columbus, which show that the Indians found on our island by the Spaniards treated the superficial ulcers and tumours through a prick of blue scorpion. There are some old receipts in our folk medicine, such as cooking blue scorpion tails or placing them on the abdomens of children with urinary problems.

In general, the species Rhopalurus Junceus live isolated from the people – these scorpions differ from the other ones, which enter the rural homes. There are 47 scorpion species in Cuba and 32 of them may only be found on our island. Rhopalurus Junceus is one of them.

In our laboratory, where we produce the venom, we usually collect about 3, 000 – 4, 000 scorpions of this species. We have seven employees – six women and a man who are quite used to them and do not afraid. Currently we have not reported any accidents. The scorpions are fed twice a week and we squeeze a few drops of venom once a month, or if we have to say it in simple words – we “milk” the scorpions. We mark those, whom we have taken venom from, and then we free them. The marking prevents us from catching scorpions, which we have already used.

The reproduction of the scorpions is a very interesting process. Their pregnancy may last from 1-2 months to 5-6 months. The female controls this period depending on the external conditions, such as the air temperature, humidity, the presence of enough food, etc. At birth it usually gives life to 45 – 90 scorpions. They are initially orange and round. The baby scorpions use their internal food supplies accumulated before the birth within two weeks. During that period they pile together the mother. The scorpions go down from her after they are ready to cope with the life. The legend says that they eat the mother – but this is not true.

The scorpions have their nightlife. If you enter the laboratory at night, without turning the light on, you will hear a clatter, similar to that of the cobras. This is the sound of the plates located on the scorpions’ bellies. But if you turn on the light the clatter will stop.

We plan to do a lot of research work although it has been already proven that Vidatox significantly improves the quality of life of the cancer patients. In the beginning, when we started to develop the product, we believed that it would affect only the brain tumours. But we have already found that it has a positive effect in all of the most common cancers – brain, breast, prostate, colon and lung cancer….

The dosage of our preparation depends on the stage of the disease. If the patient has already been taking morphine he should drink 5 drops Vidatox every 4 – 5 hours. Our observations of such cases prove that the patient recovers very soon and may even stop to take morphine, the pain disappeared and the general condition of the body starts to improve.